The Team Manager Cesare Baj and most of the professionals available for the “Seaplane Team” are or have been involved in Aero Club Como management. Aero Club Como is the oldest seaplane operation in the world and by far the largest in Europe. It manages the Como International Water Aerodrome, a flight school well known all over the world and a fleet of 13 seaplanes.

Below are some of the achievements of the professionals available for the “Seaplane Team” as far as the setting up and management of aviation companies is concerned.

A seaplane operation was set up in Italy in the late ‘80s by a group of Aero Club Como members, managed by members of the Team CesareBaj, Franco Panzeri and Giorgio Porta. 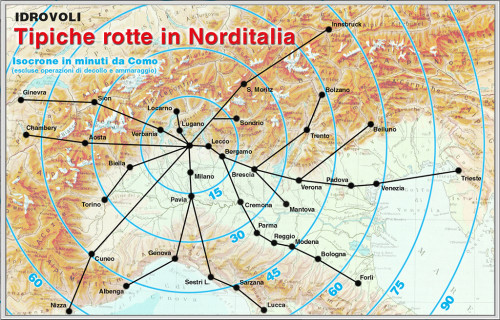 A map of routes studied by Idrovoli in the ’80s.

Another operation set up in Italy in the ‘80s was in the Gulf of Naples, intended to link the Capodichino airport with the islands of Ischia and Capri and to offer sightseeing flights. Members of the Team Cesare Baj, Giorgio Porta and Franco Cereda have been working for three years as consultants, in order to set up the company and make all test flights needed to start the operation.

The port of Casamicciola, Ischia island, where the company was based.

The company got the Air Operator Certificate the 15th January 2007, thanks to the efforts of Mauro Calvano. This has been the first AOC extended to Seaplane Operations in Italy after the minor attempts of the ’80s. This certification required a deep review of all the existing European and National Regulations together with the Aviation Authority.

The success of the project required a number of complex activities of different nature:

a) REGULATORY : with the revision of the legal framework related to seaplane transport, including different Ministers and Departments, from Civil Aviation to Maritime Authorities, together with Regional and local involvements. The activities carried out, contributed to the definition of Commercial Seaplane Transport in Italy with Ministerial Decree and many other Protocols, Circulars and Conferences at various levels that enabled the implementation of Commercial Seaplane Transport in Italy.

b) OPERATIONAL : acquisition, certification and registration of the very first commercial transport Seaplanes in Italy, the following operational flight tests that took place all over the Italian territory and finally the first commercial seaplane operations from the WWII.

c) COMMERCIAL : participation in all major Fairs and Events in Italy and Europe to launch the new air transport, particularly in the luxury and leisure market, using the brand name of Aqua Airlines.

All the activity above described were carried out and coordinated by Mauro Calvano, who did unify in the start up phase the functions of CEO, Accountable Manager, Flight Operation Post Holder and Ground Operations Post Holder.

Team members Roberto Lilla and Luca Solari participated in the start-up, the latter being one of the pilots. 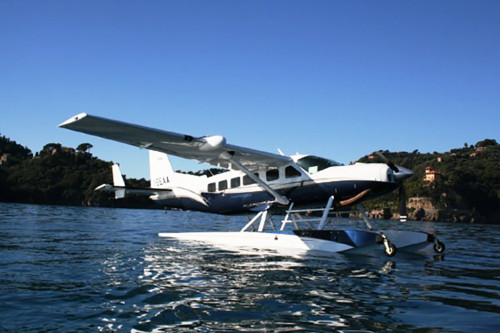 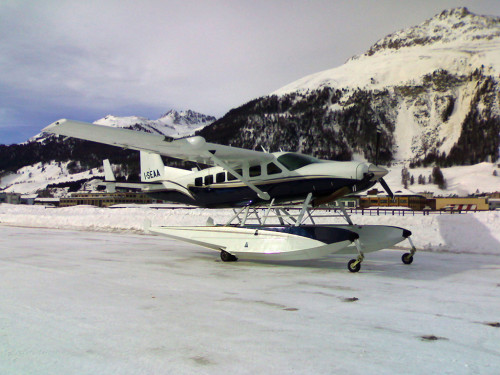 The Cessna C208 on the iced taxiway of Samedan, the airport of S. Moritz, the highest airport in Europe. 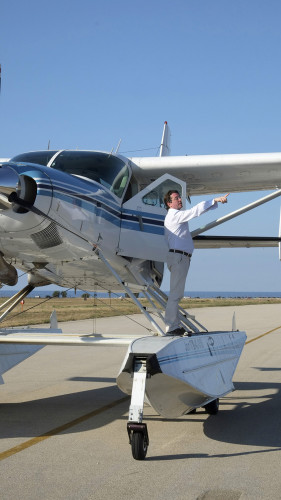 The Cessna C208 on land. Mauro Calvano is on the float. 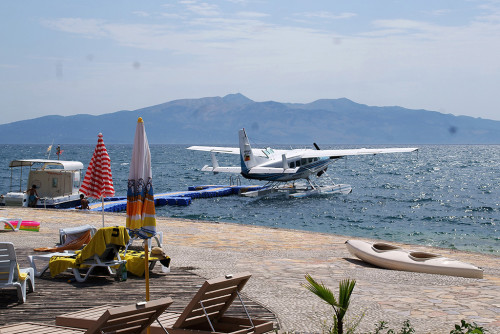 The Cessna C208 at a dock in Southern Italy.

Team member Luca Solari has been for years a pilot and instructor at Cinnamon Air, the only seaplane operation in Sri Lanka. He also actively participated in the setting up of the company.

Filling the need for a fast and efficient air taxi service that operates domestically, Cinnamon Air offers a convenient link from the island’s main Bandaranaike International Airport (BIA) to some of the most exotic locations in Sri Lanka.
The company offers also sightseeing flights and a charter service to let the tourist freely enjoy the beauty of the island. 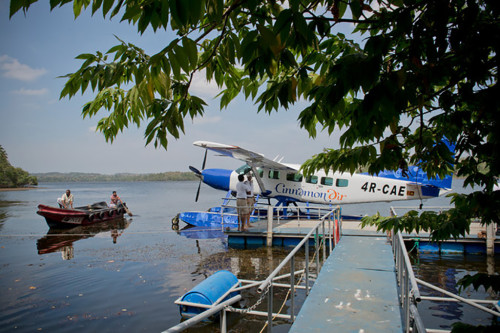 The Cessna “Grand Caravan” at the dock.

Cesare Baj has been providing since 2012 consultancy and assistance for the setting up of seaplane operations in China. 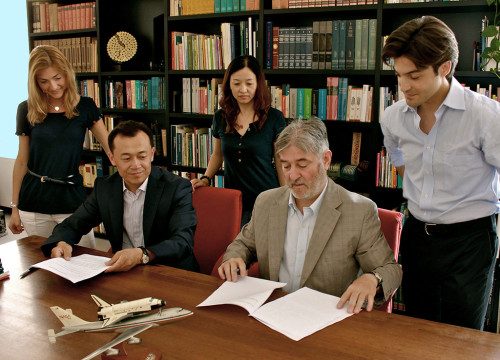 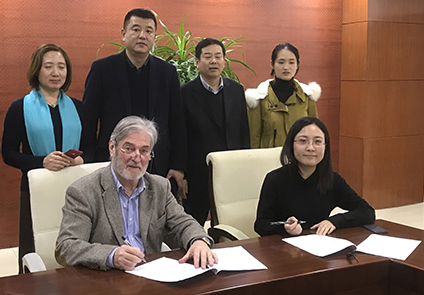